Known since antiquity as a source of vitamins and nutrients, the Valencian horchata is also considered a source of health and energy the world throughout.

The real Horchata from Valencia is made with Chufa (Tiger Nut). Unfortunately, Chufa is quiet diffcult to find it abroad, so because of this the recipe for the Valencian Horchata is almost a treasure and only produced in the Valencian lands (Alicante and Valencia). 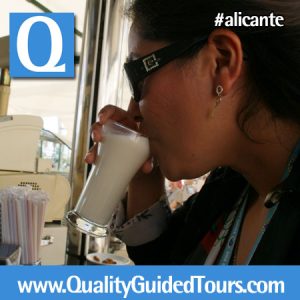 Although there isn´t an “authentic” recipe of “traditional” Sangria, it is the most popular Spanish drink all around the world. To be honest it isn´t well accepted in Spain and Spaniards don´t usually drink it. Spanish preffer red wine with D.O or white wines in order to Spanish Sangria.

If you are celebrating a party the Spanish Sangria is the best and cheap way to get your guests easily drunk.

Does it seem interesting for you? Let us know you preferences and likes!!