Saint Nicholas Co-Cathedral Alicante was built between 1616 and 1738 in the space formerly occupied by a medieval church, by Agustín Bernardino, a student of Juan de Herrera, and was constructed over an ancient mosque.

One of the masterpieces of this co-cathedral is the “Chapel of the Holy Communion” a baroque jewel.

Herrera and Baroque styles are mixed in this Saint Nicholas Co-Cathedral Alicante, the interior of which conceals a beautiful fifteenth century cloister.

Do you know why Saint Nicholas is the patron of Alicante?

The 6th December 1244, festivity of St. Nicholas, the Muslims surrendered the city to the Prince Alfonso X the Wise. The Prince commanded to build a church in honor of St. Nicholas and put the city under his protection.

From 767 years ago from Alicante have venerated as patron and hallmark in its history. 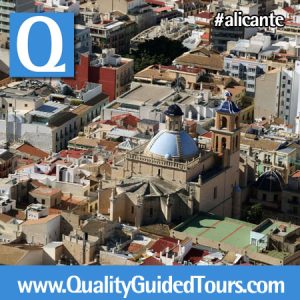