The Real Casino of Murcia is one of the most emblematic buildings of the city.

The Real Casino of Murcia, whose construction began in 1847 is a mixture of different artistic styles that coexisted in the second half of the nineteenth century and early twentieth century in Spain and was declared a national historic monument in 1983, so today is considered of cultural interest, with the monument category. 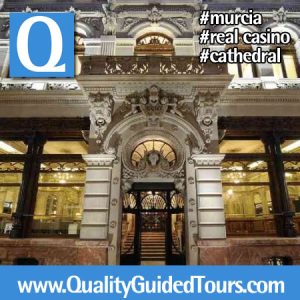