Novelda city in Spain, in the province of Alicante. It’s known for its grapes production and trade in spices.

Novelda city enjoys a Mediterranean climate with temperatures ranging from 14º C in winter to up to 22º C in summer.

Novelda city had its economical splendour during the  20th century. That period of time made Novelda great with a specific art style called: Modernism. This artistic movement found its artistic expression not only in architecture, but also in decorative arts; that is in sculpture, painting, printing, literature, music and other artistic spheres interested in a thought and expression renewal.

Curiously, in this town we find three of the best examples of the Modernist style in the Valencian areas: The Casa-Museo Modernista (24, Mayor St.), the Centro Cultural Gómez- Tortosa (6, Mayor St.) and the Casa Mira (San Vicente St.), being the last one a private house and not open to visitors. 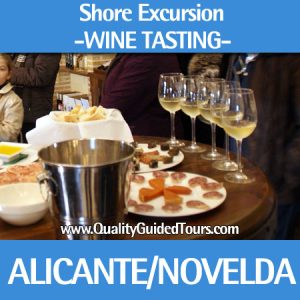