The lighthouse of Cabo de Palos has been occupied by different cultures and societies and it has been always a referent in the Mediterranenan coastline.  The first time the lighthouse appeared was in the texts of Pliny the Elder that reported an existent site, now occupied by the lighthouse, dedicated to the God Ba´al Hammon. 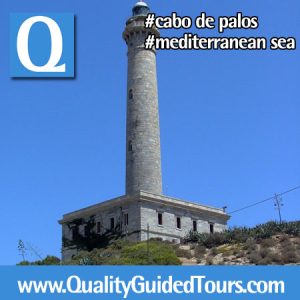 During the Romans period, it was converted into a different God Saturn (the god of the agriculture, justice and strength). Unfortunately, there aren´t archeological rest from the temple and any record are from the 16th century when under the domain of Philip II of Spain, he ordered the construction of a watch tower to control the attacks of the pirates from the north of Africa.

The wreck of the Sitio a spectacular history

But, maybe the sadest history of this bay is about the wreck of the Sirio. The Sirio was travelling from Spain to America in 1906, carrying the poorest people of Spain, looking for a better life in America. Thhe ship should carry 610 passengers, and it´s been discovered there were more than 1000 passengers. For some unknown reasons, the captain ingnored the warnings of the lighthourse and he put the ship very close to the bay, very closed to the rocks and suddenly a massive explotion split the ship into two and the disgrace started. The captain and his crew were the first to abandon the ship, leaving the passengers fishting for the lifeboats. Fortunately, the fisherman in Cabo de Palos where watching the tragedy and they organised their boats and they helped the passengers saving 580 lives.

Finally, the major event taken in this site was during the Spanish Civil War 1938, the batle of Cabo de Palos. 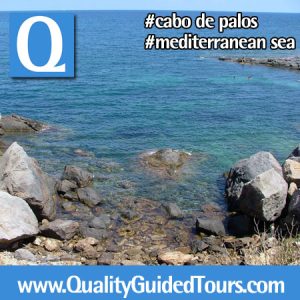 So as you have read, this place it has been important through the history and in this Cartagena Spain shore excursion, you have the chance to visit the surrounding area of Cabo de Palos: El Mar Menor, and then continue visiting the lighthouse and its crystalline waters the paradise for divers, because it´s considered a Natural Reserve. 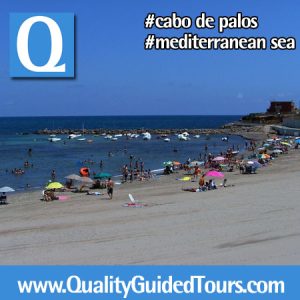 Unique Cartagena Spain shore excursion into the lighthouse of Cabo de Palos, into de history of the Mediterranean coastline.